A Chattanooga Treasure Since 1923 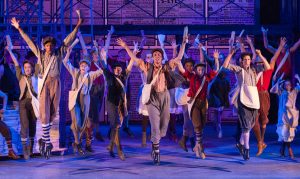 Founded in 1923 as the Little Theatre of Chattanooga, the Chattanooga Theatre Centre is one of the oldest, largest, and busiest community theatres in the country. Having continued to operate during the Great Depression and World War II, we’re also the oldest continuously running community theatre in the nation.

Our 11 productions per year, seen by audiences of more than 30,000, are created by hundreds of talented volunteers and represent theatrical experiences of the highest caliber.

Our story is Chattanooga’s story . . .

The Story of Chattanooga’s Storyteller

As the Roaring Twenties sprang into action, so was the Little Theatre of Chattanooga breathed into life. A visionary Chattanoogan named Othneil Brown originated the idea of a non-profit community theatre and proposed it to his banker, E.Y. Chapin. According to the local newspaper, Chapin was “a country boy who just loved the theater.” Having been introduced to community theatre in New Orleans, he thought a little theatre might be just the thing to bring life to the cultural environment of Chattanooga.

The idea blossomed into a plan. More than 150 letters were sent to influential Chattanoogans soliciting their support, and the founders devoted the next six months to planning. On December 3, 1923, the fledgling Little Theatre was incorporated. 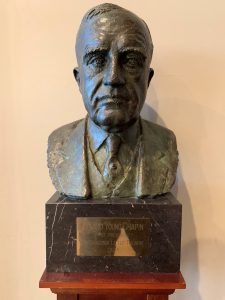 A bust of founder E.Y. Chapin in our Mainstage lobby

Rt. Rev. John D. Wing, Mrs. Marcus Schwartz, Miriam Hines Thatcher, John E. Gilbreath, and J.J. Mahoney were founding directors. Chapin was the first president, while Mahoney served as vice president, Gilbreath as secretary, and Lewis C. Leach as treasurer. “Assisting and promoting the study of drama and of dramatic literature and entertainment, the cultivation and development of dramatic talent and the organization and presentation of dramatic entertainments” defined their purpose.

On April 28, 1924, the Little Theatre premiered its first play, Dear Me, for a two-night run. While it was performed in the upstairs theatre of the War Memorial Auditorium, most of the subsequent performances took place at the Bijou Theater and Chattanooga High School.

The theatre’s devoted audience attended its performances without fail. In the first year, nearly 200 members saw the theatre’s performances, with Dear Me followed up by Boomerang and Grumpy. Season subscriptions sold for $10. 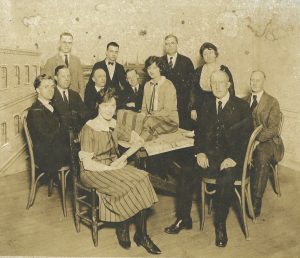 As its popularity increased, theatre founders decided they needed their own space to perform. The abandoned Fire Hall No. 4 on the corner of East 8th Street and Park Avenue became that location. It needed extensive renovation, but the group pulled together to make it happen. In October 1926, the curtain rose on the Little Theatre’s first performance in their own building.

With the end of the decade came the end of prosperity. The United States slumped into what would be known as the Great Depression. Business declined in Chattanooga and the rest of the country. However, the Little Theatre soldiered on. At first it suffered, but by 1935 it was producing more plays than ever before. From every direction, they received praise. The Chattanooga Times spared nothing in their affection for the theatre. In July 1932, the Times said:

“Even in the midst of an unusual concentration upon the problems of business . . . Chattanooga has not forgotten the less tangible but important needs of cherishing and developing the sources of art and culture. The Little Theater is a factor in the things that go to make and keep alive consciousness of being something more than cogs in a bewildering industrial machine.” 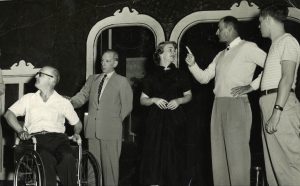 The Little Theatre not only weathered the tough times, it played a vital role during such difficult times. It provided carefree distraction, both for audiences and for those participating in the productions. As the Times put it, casts were comprised of “lawyers, doctors, clerks, stenographers, mechanics, salesmen, government employees, detectives, housewives” and more. Everyone who wanted could have a part in providing entertainment for Chattanooga.

The Depression and World War II did their best to break down morale, but they could not defeat the Little Theatre. During most of the war years, the theatre produced five and six plays a season. After the war, the theatre only continued to prosper. 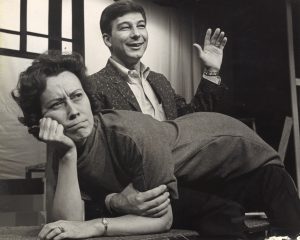 Having continued to operate during the depression and the war, the theatre went on to become—and remains—the oldest continuously running community theatre in the nation. By 1962, the theatre was one of the “largest artistic organizations in the area,” and audiences exceeded 12,000 a year.

With this prosperity came the necessity of a new location, which the board tossed around as early as 1952. The seating capacity could not be increased. The building desperately needed major repairs, and the neighborhood surrounding the theatre had declined. It was time to move.

The theatre cast about for a site to build on. After months of consideration, it was decided to purchase the North Shore property at 400 River Street. A sum of $250,000 was raised and construction of the new building commenced in 1962. One newspaper article wistfully lamented, “The walls of old Firehall No. 4, that once resounded to the pounding hoofs and more recently to the dramatic declarations or humorous barb of actor and actress, will soon fall silent again.” 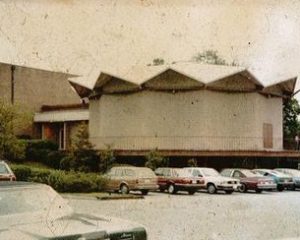 In the fall of that year, the building was completed. An article described it thus: “On November 14, 1962, the lipstick red curtain in the new theatre appropriately ran up with ‘Light Up the Sky’. . .” Mrs. Alfred Thatcher and John Gilbreath, both founding members, cut the ribbon across the stage.

The theatre continued to grow. In 1971, the Circle Theatre was completed as an addition to the facility, providing a home for children’s productions. (It is now known as the Mildred C. Montague Circle Theatre and accommodates youth and adult shows.) Although for many years a children’s theatre had existed, it was not until 1983 that the Youth Theatre program was officially established. It grew rapidly. The youth not only benefited from drama and dance classes, but they were given opportunities to perform in plays, build sets, and help backstage. In 1990, the Youth Theatre represented the United States at the International Theatre Camp Festival in Moscow. 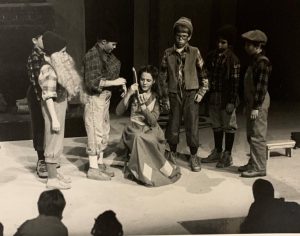 By 1990, the number of yearly volunteers at the theatre had exceeded 1,000 and the patrons 50,000. Once more the need arose to expand the current facility. After a massive fundraising project, the theatre raised more than $5 million to renovate and expand the building. The new 40,000-square-foot facility boasted a new scene shop, a costume shop, dressing rooms, rehearsal rooms, and larger office spaces.

On September 17, 1996, the Little Theatre held its grand opening in its new playhouse and with a new name, the Chattanooga Theatre Centre. 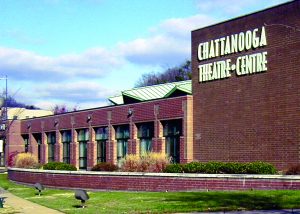 The Theatre Centre was—and is—a center for all manner of opportunities for Chattanoogans to enjoy theatre. The theatre brings musicals, comedies, and dramas to its stage—some wildly entertaining, some deeply thought-provoking, such as our 10-year commitment to stage August Wilson’s entire American Century Cycle. Classes in dance and drama, summer camps for children, and partnerships with local schools are just a part of the theatre’s outreach. Hundreds of volunteers from all corners of the community take part in every aspect of productions, onstage and backstage. 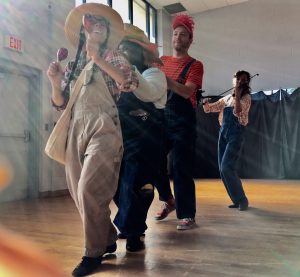 Today, as it looks ahead to its 100th anniversary, the Chattanooga Theatre Centre remains one of the oldest and largest community theatres in the United States, and it continues to live out its mission—enriching the intellectual, emotional, and cultural development of people of all ages by providing high-quality theatrical experiences and creating opportunities to engage in them. 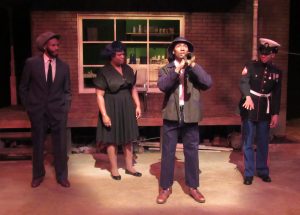 (This history was written by Southern Adventist University student Kelly Gustrowsky in 2020.)