With Hilarity & Heart, “The Best Christmas Pageant Ever” Comes to CTC Stage Dec. 9-18 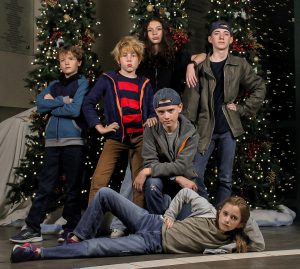 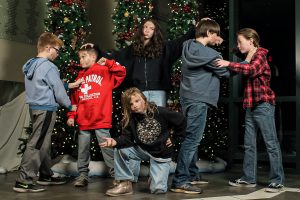 The most inventively awful kids in history crash the church Christmas pageant, resulting in mayhem—and ultimately a revelation of the meaning of the season—in the hilarious classic THE BEST CHRISTMAS PAGEANT EVER, coming to the Chattanooga Theatre Centre stage December 9-18.

In this buoyant adaptation of the funny and touching holiday classic, the Herdmans are the worst kids in the history of the world. So when they descent upon Sunday school and demand parts in the Christmas pageant, the whole town panics. There’s not supposed to be biting or cigar-smoking in Bethlehem, and while these kids have never even heard the Christmas story, they definitely have rewrites.

Soon everyone is calling for reluctant director Grace Bradley to cancel the whole thing. It’s up to the Bradleys and the Reverend to help their community see the Christmas story—and the Herdman kids—through new eyes.

This delightful comedy is adapted from the bestselling book of the same title by Barbara Robinson. First published in 1972, it was made into an enormously popular TV movie on which the play is based.

Performances are Fridays at 7 p.m. and Saturdays and Sundays at 2:30 p.m.