Insights from the Director of “August: Osage County” 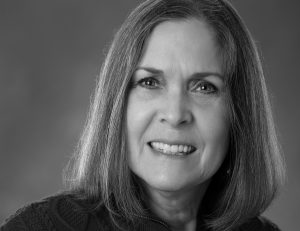 We’re thrilled to have talented theatre artist Suzanne Smartt directing our production of AUGUST: OSAGE COUNTY, appearing on our stage October 28 through November 13. Her insights into this brilliant, award-winning play are almost as fascinating as the show itself.

Before it even hit the Broadway stage, August: Osage County won the 2008 Pulitzer Prize for Drama, catapulting into the halls of the Greatest American Dramas of all time – placing the name of author Tracy Letts next to Arthur Miller, Eugene O’Neil, and that notorious writer of strong wicked women, Tennessee Williams; all famous for the melodramatic sturm and drang of their characters.

August won five Broadway Tony Awards including Best Play, Best Actress, and Best Featured Actress — which tells the story of how magnificently those roles are written.

Violet Weston is right up there and has been counted as one of the greatest roles ever written – being compared to King Lear for range, scope, and savagery of character.  In that scope, Violet Weston is a bellowing Lear equivalent, rampaging over the family, presiding over dark secrets, terrorizing all as she blasts her way through lives and the dear hearts of those who try to love her. And try again.

The year after opening August: Osage County, author Tracy Letts won Tony’s brightest award for Leading Actor in a Play for portraying another American great, “George” in Who’s Afraid of Virginia Wolfe. Awarded at the end of a long Tony evening, the orchestra already zinging play-off music even as Letts stepped to the microphone for that career pinnacle award — and knowing he had less than 30 seconds to make a statement — with that scant invaluable moment he leaned into the microphone with this single sentence: “In theatre they let you say it to their faces.”

That sums up the entirety of August: Osage County. A family reunion wherein the raging matriarchal beast of the family slams everybody, then gets what’s coming to her — right to the face.

For those with arduous family dynamics, you might find August: Osage County to be wildly hysterical, tragically-comedic, laugh-out-loud while you-cry-to-yourself, and righteously cathartic.

Beware – the language is as raw as the emotions – and then brace yourself.