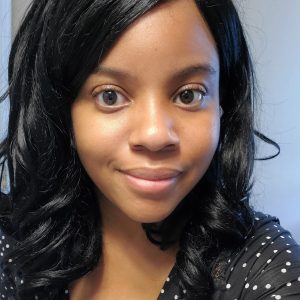 Shellyta has not only been one of the main performers in Improv Chattanooga for the last several years, but came in second place out of 64 world-wide performers last year in the very competitive UK-based Extreme Improv Championship held over Zoom.

“I’m super excited and super nervous,” she says about the classes. But, she said children learn improv much easier than most older people. “Little kids are already doing improv, because it is just playing make believe,” she says.

Shellyta says learning improv is not only great for performing but can serve you well in other areas of life.

“Ultimately, I hope students will take people skills from it,” she says. “You can talk to anyone with improv. To be able to make friends, to be bold with their choices, and to have fun! I feel like improv teaches you ice-breaking techniques, because sometimes you have to be willing to start the scene.”

Improv is also helpful for theatre, Shellyta says. “I feel like people in theatre are so bound to the lines on the page that they’re often not able to step into the reality of that scene,” she says. “And sometimes your scene partner may forget their lines and improv teaches you how to continue to paddle that boat through the scene.”

Shellyta is no stranger to teaching and working with children and young people in various areas of the arts. She has worked as a mentor over the years to teenagers involved in CTC’s TheatreQuest program and has taught improv games at some of their meetings. She has worked with The Muse of Fire Project, which teaches middle school students how to write a play, which she and the other project leaders then perform for them. She said they give the kids as much creative freedom as possible.

“We perform it, no matter how zany,” she says of the students’ work. “We respect the reality of the scene, which is also improv. This helped teach me how to do improv. I had to be a carrot in a scene, so you have to figure out how to be a carrot.”

Shellyta’s journey into the arts began as a young child when watching television. She thought, “I want to make cartoons.” She grew up in the Chattanooga area and attended the Chattanooga Center for Creative Arts in middle school, first focusing on visual arts but later switching to drama. She was homeschooled through high school.

Her CCA drama teacher suggested that she audition for a youth show at CTC. Although she didn’t get a part in that first show, her teacher encouraged her to keep trying. So, she kept auditioning until she was cast. She then got heavily involved with CTC, working all aspects of stage production including tech crew and lights.

As a teen, she joined TheatreQuest. “It taught me how to produce my own work,” she says. ”I started writing comedy sketches. TheatreQuest actually had a program, Original Production. I was the head writer and director in the first one and eventually when it became a short play festival, I was helping to organize it and did the graphic art for the posters. All of this was leading me down a timeline getting me involved in improv.”

Her involvement at CTC also led to her three younger sisters, Jessyka, Lora, and Zoe, to follow in her footsteps, participating in several CTC shows and TheatreQuest over the years.

After she finished high school, she continued working in various projects as an artist, writer, director, and actor. One of these projects involved street performances as a Christmas elf.

“I thought it was fun to play make believe and not have a script in front of you. Forcing myself out of the constraints I had put on myself. When you’re wearing the costume, you’re an elf. It’s basically the rules of improv, because you’re having to say ‘yes’ and go with anything that pops up.” She adds, “In improv, it’s all about making your scene partner look good.”

After that experience, she wanted to do more in improv, so she began auditioning for Improv Chattanooga and taking classes. She started going regularly to watch improv groups perform at Barking Legs Theatre and thought, “I could do that. I could definitely do these games.”

After noticing that many of her improv classmates were performing in shows and she wasn’t, she stopped taking the classes and began attending free open houses which allowed the audience to play improv games.

During this time, her fiancé died, and she was struggling to cope with her loss. “I was deep in my grief and just needed something,” says Shellyta. Sometime later she saw Improv Chattanooga post an invitation on Facebook to participate in an improv-related commercial. She says in getting involved with this project, “I ended up breaking through my grief. I felt like I just needed to be on stage.” After this, she joined the Improv Chattanooga troupe.

Though her impressive improv experience was key in the decision to have her teach for Summer Academy, so was her good character. CTC Director of Education & Innovation Chuck Tuttle, who organizes and oversees Summer Academy and TheatreQuest, says of the choice, “I’ve known Shellyta for many years. Shellyta is a talented artist and a patient teacher. I tend to be careful about the kind of personalities I put in the classroom at the Chattanooga Theatre Centre, especially with young people. Shellyta will nurture their creativity while nudging them to achieve their potential. I know the students will learn from her and have fun while doing it.”

In addition to her work in improv, she continues to work in several areas of the arts. She works as an illustrator and is a paid gamer, “I use improv to keep an audience that I cannot see, to keep their eyes engaged on my game character.” She also enjoys doing stand-up comedy for open mic time at JJ’s Bohemia.

Shellyta says, “Improv can lead you to any avenues of performing arts. Improvising can often lead to writing sketch comedy, doing stand-up, slam poetry, and even commercials. Filming commercials, there are moments you may have to improv to make it look natural. In movies, some of the best scenes are when actors improvise their own lines and it makes it to the final cut. Improv skills look really good on your resume for performing arts jobs.”

Shellyta concludes, “I just kind of go with the flow. I used to stress about the future, but improv taught me to live in the moment, because we’re not promised tomorrow.”

Shellyta’s Summer Academy improv classses are sold out, but you can learn what else we have to offer at TheatreCentre.com.