Love Is in the Air as CTC Presents “Almost, Maine” February 5-21 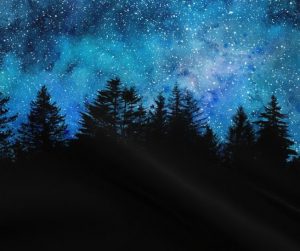 On one Friday night in the fictional town of Almost, Maine, the temperatures are frigid, the snow is deep, and the northern lights are about to appear. In the play of the same title, however, hearts are warm in a series of nine whimsical vignettes about love. The Chattanooga Theatre Centre brings John Cariani’s ALMOST, MAINE to the stage Friday, February 5, through Sunday, February 21.

The play has become a contemporary classic since it premiered in 2004 at the Portland Stage Company, where it broke box office records and received critical acclaim. It has since played Off Broadway, been performed in 20 countries, and has become one of the most frequently produced plays in the United States, particularly among high school and community theatres. In fact, in the last decade, it has reached the No. 1 spot as the most produced play in North American high schools, overtaking Shakespeare’s A MIDSUMMER NIGHT’S DREAM.

The fable-like vignettes that make up the play, each with a touch of magic realism, grew out of audition pieces that Cariani, a Tony-nominated actor, wrote for himself. He has said that the reason for its popularity is its simple approach to exploring a universal human experience—love.

Each scene covers a period of 10 minutes, starting at 8:50 p.m. and ending at 9 p.m., on a cold, clear winter night in Almost, Maine, where the residents find themselves falling in and out of love in unexpected and hilarious ways.

One character carries her broken heart in a brown paper bag until she meets a repairman who promises to mend it. Another character decides to return all the love the object of her affection has given her in their 11-year relationship, turning up at his place with a truck full of garbage and laundry bags. Yet another character literally falls in love, suddenly and repeatedly falling to the floor. Many scenes have surprise endings, not all of them happy.

The play is directed by R. Scott Dunlap. Angie Griffin is the stage manager, and Hayley Lewis is the assistant stage manager.

ALMOST, MAINE is the fourth production the CTC has produced since returning to the stage in September after a five-month absence due to the COVID-19 outbreak. The first three—HAVING OUR SAY, LOBBY HERO, and IT’S A WONDERFUL LIFE: A LIVE RADIO PLAY, attracted a cautiously impressive turnout, selling over 1,200 tickets combined.

That’s due in part to the safe environment that the theatre has been diligent in creating. The CTC limits capacity in its 380-seat auditorium to 20 percent, leaving several seats and rows between parties. The theatre also requires masks, conducts temperature checks, enforces social distancing, and performs frequent cleaning and sanitizing. (For the CTC’s 22-point safety protocol, visit TheatreCentre.com/safety.)

With the opening of ALMOST, MAINE, the CTC also announces two other upcoming productions. The Youth Theatre will mark its first appearance on stage since last February with Scott Dunlap’s original adaptation of THE WIND IN THE WILLOWS. It runs March 19-28. Joe Landry’s VINTAGE HITCHCOCK, by the same playwright who created IT’S A WONDERFUL LIFE and likewise presented as a 1940’s radio show, runs April 16 through May 2.

Due to limited seating, the theatre recommends tickets for ALMOST, MAINE be purchased early. For tickets, call the CTC box office at (423) 267-8534 or visit TheatreCentre.com.