Classes for ages 5 years to Adults

To ensure the health and safety of our students and staff, the following procedures will be followed for all classes:

(A minimum of five students is necessary to hold a class). 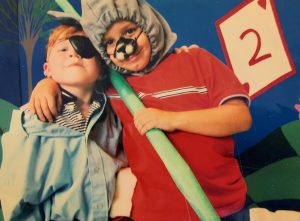 Through games and creative play, we’ll build a play together by adding characters, places, plots, problems, and resolutions to create a story we will act out using our bodies, voices, and imaginations.

Chuck Tuttle is the Director of Education and Outreach for the Chattanooga Theatre Centre. He holds a Master of Fine Arts degree in Children’s Theatre and Creative Drama from the University of Texas at Austin and has over 30 years of experience doing theatre with and for young people. His professional background includes serving as Directors of Education at Austin Theatre for Youth in Austin, Texas, and Children’s Theatre Workshop in Pleasanton, California.  Mr. Tuttle has taught theatre classes to all ages in Acting, Play Writing, Technical Theatre, Shakespeare, Voice, Movement, and Comedy.  As sponsor and advisor of CTC’s teen interest group, TheatreQuest, he contributes to, and directs, The Alphabet Plays, an on-going series of plays for young children. 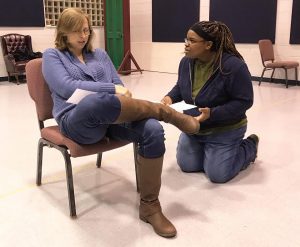 Using published scripts, learn to find and communicate the real meaning of a play through an understanding of character, story, and subtext.

Mary Eliza Hendricks graduated from Emory and Henry College, where she earned a B.A. degree in Theatre.  She has directed several shows locally including Love Letters and A Stroll Down Holiday Lane, as well as assistant choreographed and assistant directed Bye Bye Birdie and choreographed Mamma Mia.  She has also performed on stage in numerous productions including Puck in A Midsummer Nights Dream.  Mary Eliza’s teaching experience includes theatre, acting, and dance for a variety of ages from preschools to adults. 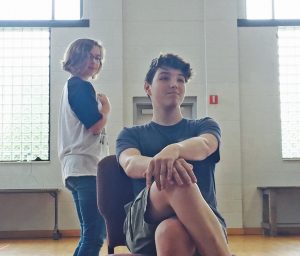 Learn the building blocks of improvisational comedy and experience the excitement of creating a scene from scratch. You’ll master the art of “yes, and…,” how to create a character on the fly, and how to get the most from your scene partner. By the end you will have the skills to walk on stage without a script and perform with all the confidence of your favorite improvisers from shows such as “Whose Line Is It Anyway?” or “Middleditch & Schwartz”. These skills will also make you a well-rounded team player anywhere you show up. Everyone can succeed with this art form. Just bring yourself!

Michael Shield has been performing without a script, with dozens of improv groups all over the country, since 2012. He trained at The Second City in Chicago, Upright Citizens Brigade and The Groundlings, both in Los Angeles, among others. He is a founding member of the award winning musical improv group “Rogers and Hammertime.” Outside of improv he has been seen performing on stage in the national tour of The Music Man, the television show The Price Is Right, Busch Gardens Williamsburg, and the Los Angeles standup comedy circuit. He recently relocated to Chattanooga with his wife Mollie and is excited to share his passion for improv comedy at the Chattanooga Theatre Centre.

Need to prepare a monologue for a school audition? We can help. We’ll give you individualized help in choosing a monologue, coach you to bring out your best performance of it, and video it for you so you can send it to the school.

Times to be arranged               Contact the Director of Education to Schedule