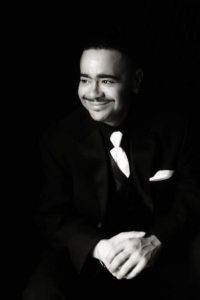 In conjunction with our upcoming production of August Wilson’s FENCES, Pedro E. Alvarado, Education Director of the National August Wilson Society, will give a free community lecture titled “August Wilson and His American Century Cycle” on Sunday, February 10, at 4 p.m. at the Chattanooga Theatre Centre.

As one of a growing number of theatres committing to produce all of his works, the Theatre Centre is embarking on Wilson’s “American Century Cycle” of 10 plays with its production of his towering masterpiece FENCES. Wilson is considered the preeminent playwright depicting the African American condition.

Alvarado’s lecture will focus on Wilson the man, the American Century Cycle, and FENCES. The event will also feature Ricardo Morris, director of our production of FENCES, as well as some cast members.

Admission to the lecture is free.

FENCES opens February 15 and runs through March 3. For tickets, call the box office at 423.267.8534 or visit TheatreCentre.com.