The N.Y. Post said THE WIZ, “radiates so much energy you can hardly sit in your seat.” Dorothy is going to the Land of Oz and she’s walking on a road paved in rock, gospel, and soul! This beloved Broadway musical – winner of 7 Tony Awards (including “Best Musical”) – is a dazzling multi-cultural journey that will take you to the most fantastical places…and back home again! 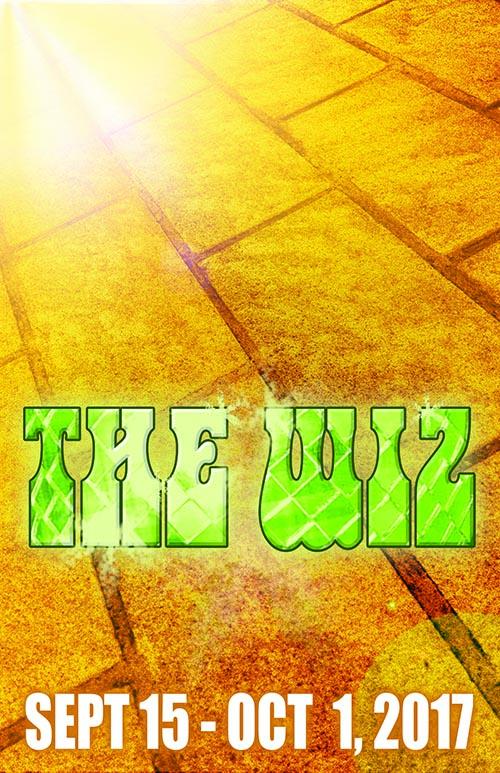 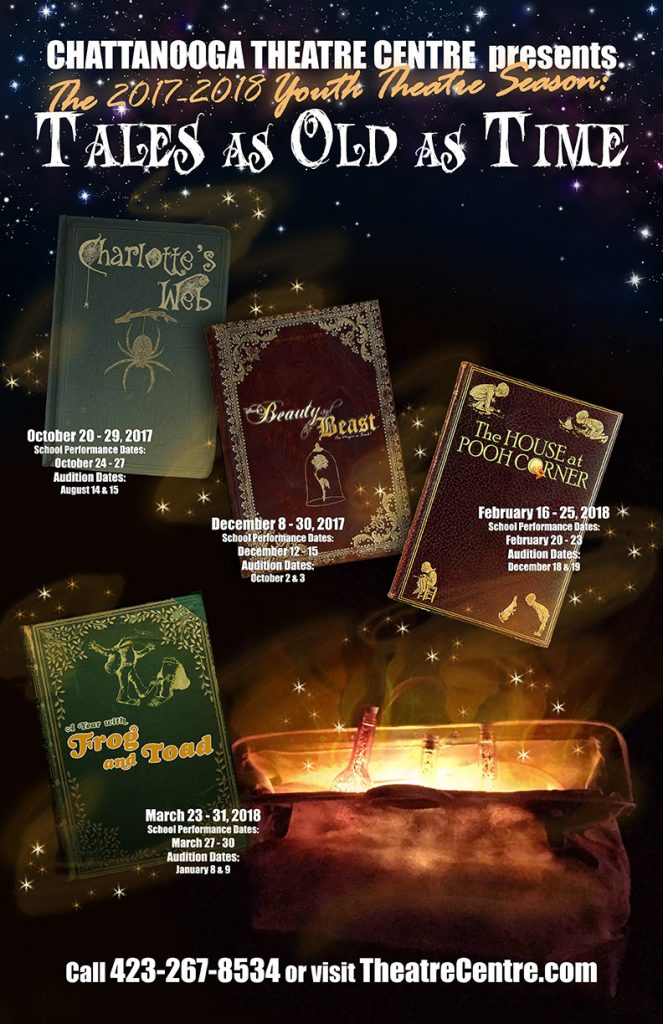 Based on the book by E.B. White, Adapted by Joseph Robinette
The classic children’s tale is considered to be the best children’s book to be written in 200 years. Meet Wilbur, a humble pig who captures the heart of all who know him, and Charlotte, the ordinary spider with extraordinary ideas. This beautiful play will enchant audiences as they discover the true meaning of friendship and the importance life’s everyday miracles. 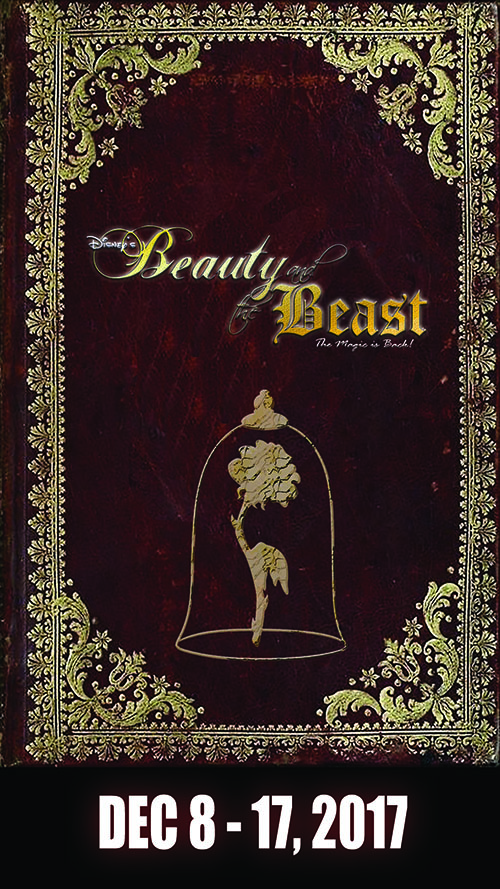 Disney’s BEAUTY AND THE BEAST

December 8-30
Step into the enchanted world of Broadway’s modern classic, Disney’s BEAUTY AND THE BEAST, an international sensation that has played to over 35 million people worldwide in 13 countries. Based on the Academy Award-winning animated feature, this “tale as old as time” is filled with spectacular costumes and sets. A great opportunity to bring your entire community together for family theatre at its best! 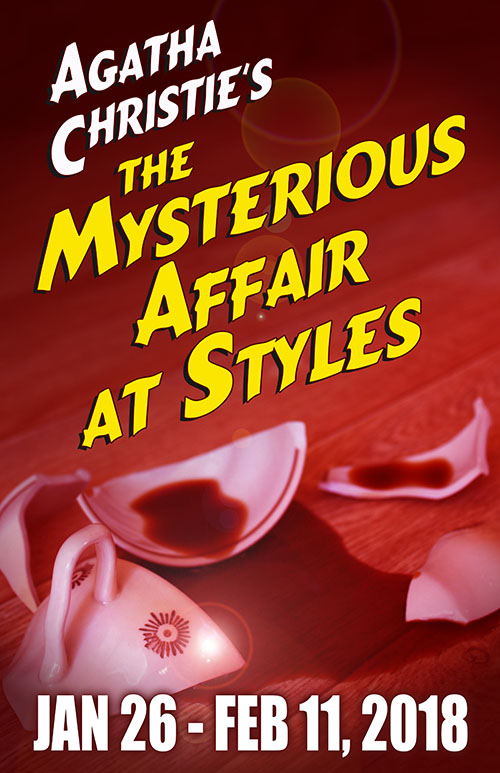 Agatha Christie’s
THE MYSTERIOUS AFFAIR AT STYLES
Adapted by David Hansen
January 26 – February 11
Set in 1917, Captain Arthur Hastings is back from the war and convalesces at Styles Court. But when the lady of the house suspiciously dies, the tranquil manor turns treacherous. The cause is murder and the killer could be anyone. Enter the infamous Hercule Poirot, Belgian refugee and detective extraordinaire, who applies his famous brain to the seemingly unsolvable mystery.

THE HOUSE AT POOH CORNER
February 16-25
Christopher Robin has decided to run away with his friends Pooh, Piglet, Eeyore, Tigger, and the rest. Probably they’ll go to the North Pole or to the South Pole. For there is a dark, mysterious threat that Christopher Robin is to be sent away to Boarding School. But as the situation becomes clearer, he isn’t quite so sure that running away is the answer. 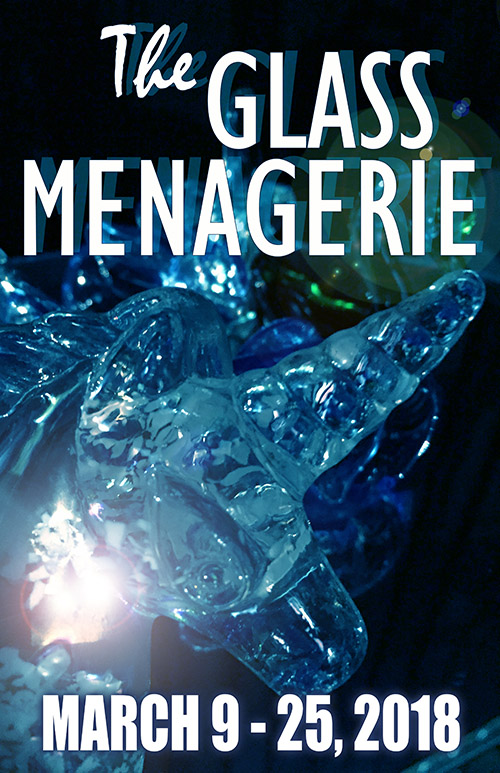 THE GLASS MENAGERIE
March 9 – 25
The “memory play” that brought a brilliant young writer named Tennessee Williams to national attention when it premiered on Broadway in 1945. It involves a lost writer, his mother, lost in memories of her Southern-belle past, his painfully shy sister, and the effect a visit from a “gentleman caller” has on all their lives. Williams’ most personal work for the stage continues to captivate audiences around the world. 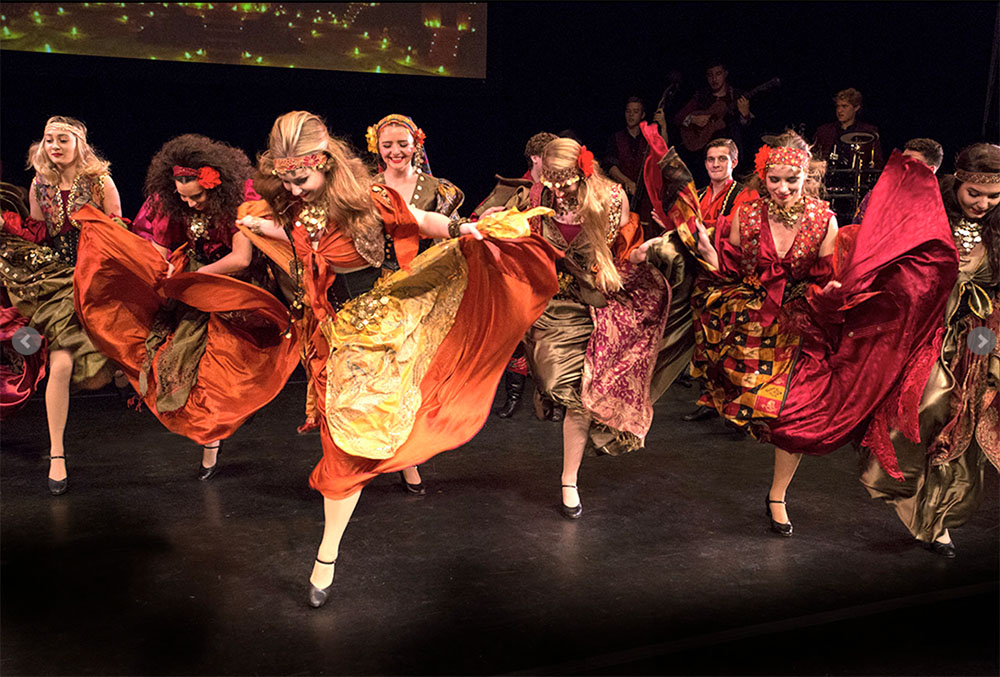 THE TAMBURITZANS LIVE!
March 11
Featuring 30+ singers, musicians, and dancers, The Tamburitzans are the longest-running live stage show of its kind in the United States. Named after the stringed folk instrument, the tambura or tamburitza,
the company is made up of all dedicated, full-time students who have expanded their repertoire throughout the past seven decades to include a wide variety of folk dance and music representing Eastern Europe and neighboring cultures.

A YEAR WITH FROG AND TOAD
March 23-31
Waking from hibernation in the spring, the perky Frog and the worrywart Toad plant gardens, swim, rake leaves, go sledding, and learn life lessons through four, fun-filled seasons. This exuberant story is based on the treasured books by Arnold Lobel and celebrates the differences in this amphibian odd couple, in a musical that soars like a kite and blossoms like spring. 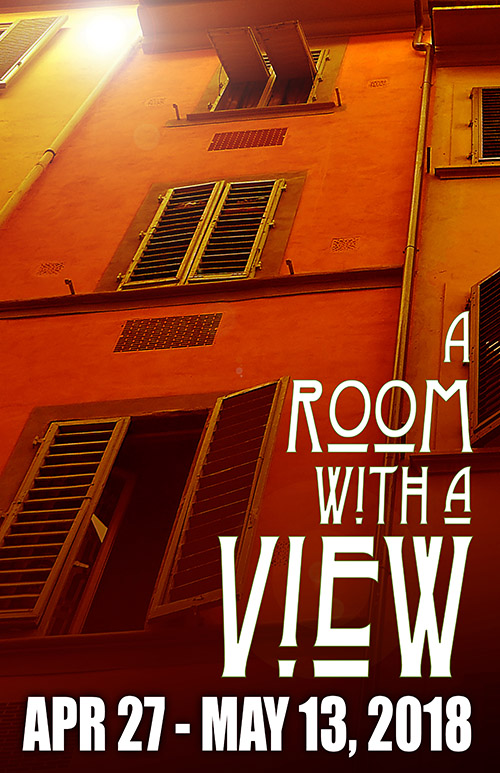 E. M. Forster’s
A ROOM WITH A VIEW
Adapted by Christina Calvit
April 27 – May 13
Lucy Honeychurch is on her first trip to Italy with her cousin Charlotte…when love strikes. Charlotte meets the intellectually challenging but socially unacceptable George Emerson, but Charlotte crushes the affair. Back in England she becomes engaged to the priggish Cecil Vyse…but George surprisingly enters her life again. Will she have the strength to choose courage, truth, and love over convention?

THE AMISH PROJECT
By Jessica Dickey (Featuring Katherine Michelle Tanner)
May 20
On October 2, 2006, a 30-year-old man walked into a one-room Amish schoolhouse in Nickel Mines, Pennsylvania and opened fire, killing five girls and himself. Then, later that same day, in an act that shocked the world, the Amish community forgave the gunman, offered aid to his grieving widow, and displayed unprecedented forgiveness and compassion. An unforgettable tour-de-force about the mystical world of the Amish and the ultimate limits of forgiveness. 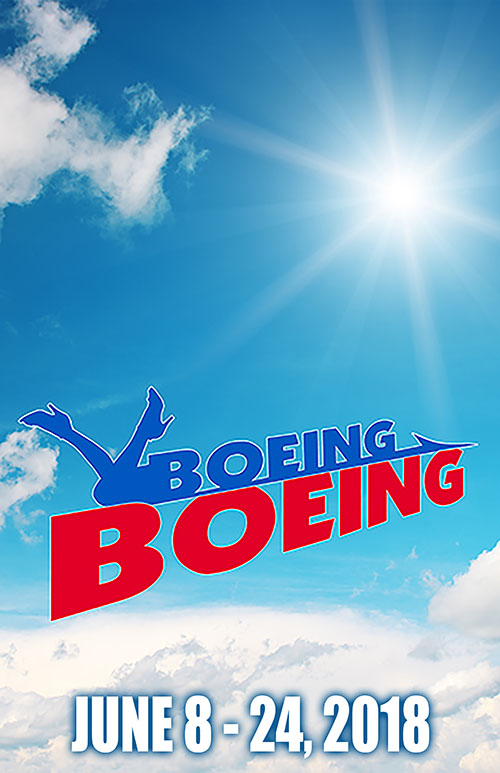 BOEING-BOEING
By Marc Camoletti (translated by Beverley Cross and Francis Evans)
June 8 – 24
A 1960’s French farce adapted for the English-speaking stage features self-styled Parisian lover Bernard, who has Italian, German, and American fiancées, each a beautiful airline hostess with frequent “layovers.” He keeps “one up, one down, and one pending” until unexpected schedule changes bring all
three to Paris, and Bernard’s apartment, at the same time! 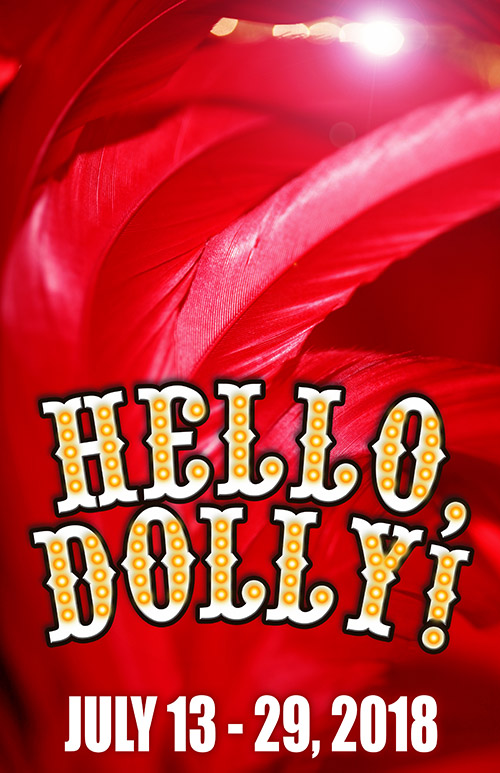 HELLO, DOLLY!
July 13 – 29
The blockbuster Broadway hit bursts with humor, romance, high-energy dancing, and some of the greatest songs in musical theater history. The romantic and comic exploits of Dolly Gallagher-Levi, turn-of-the-century matchmaker and “woman who arranges things,” are certain to thrill and entertain audiences again and again.