Here’s the exciting line-up for our 2018-2019 season, which marks our 95th anniversary since the curtain first rose in 1923! To subscribe and get the best seats at the best prices, and a free year-long parking pass to boot, call the box office at 423.267.8534. See you at the theatre! 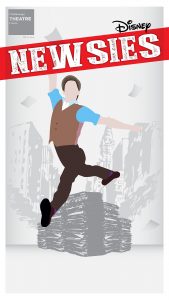 Based on the Disney film written by Bob Tzudiker & Noni White

Winner of the 2012 Tony Awards for best score and best choreography, Disney’s “Newsies” is a high-energy explosion of song and dance. Set in New York at the turn of the century, it is the rousing tale of Jack, a charismatic newsboy and leader of a ragged band of teen-aged “newsies,” who dreams of a better life far from the hardship of the streets. But when publishing titans Joseph Pulitzer and William Randolph Hearst raise distribution prices at the newsboys’ expense, the David-versus-Goliath struggle begins, and Jack finds a cause to fight for and rallies newsies from across the city to strike for what’s right. 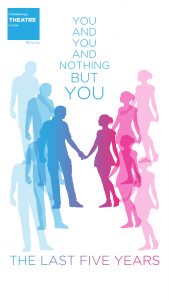 Jason Robert Brown’s emotionally powerful and intimate musical tells the story of two 20-somethings who fall in love—and out of it again—over the course of a five-year relationship. Jamie, an up-and-coming writer, struggles to balance his sudden success with his increasingly tumultuous love life, while Cathy, an aspiring actress, deals with the frustrations of her own stalled career while watching her husband from the sidelines. Jamie tells his side of the tale in chronological order, while Cathy relives the relationship backwards, with both stories intersecting in the middle on their wedding day. 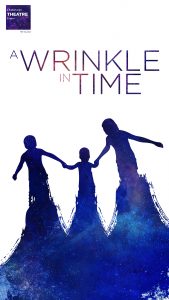 Adapted by James Sie after the novel by Madeleine L’Engle

Meg is the quintessential square peg: a middle-school math whiz with glasses and a short temper. But when she and her strangely gifted little brother set off to find their missing father, they’re catapulted across time and space to a world where being different isn’t just an annoyance—it can cost you your life. Even with the help of curious otherworldly beings, Meg will have to conjure every power she can find, and then some, to put her family back together. 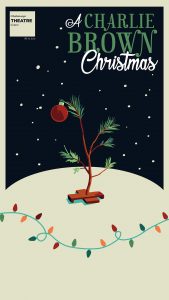 By Charles M. Schulz | Based on the television special by Bill Melendez & Lee Mendelson

The classic animated TV special comes to life in this faithful stage adaptation of Charles Schulz’s beloved tale in which Charlie Brown, Snoopy and the rest of the Peanuts gang discover the true meaning of Christmas. When Charlie Brown complains about the overwhelming materialism he sees during the Christmas season, Lucy suggests that he become director of the school Christmas pageant. Charlie Brown accepts, but this proves to be a frustrating endeavor. When an attempt to restore the proper holiday spirit with a forlorn little Christmas tree fails, he needs Linus’ help to discover the real meaning of Christmas. 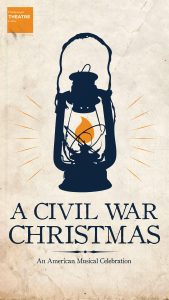 It’s Christmas Eve on the frigid banks of the Potomac River, 1864. It seems like all Americans prepare for the holiday as best they can – Union and Confederate soldiers, slaves and freemen, as well as President Lincoln and Mary Todd. Set during a time when the country is divided by conflicting ideologies and convictions following a contentious presidential election, Paula Vogel’s sweeping, music-rich story is propelled by traditional American songs: marches and spirituals — all revitalized for this production by live musicians. “A Civil War Christmas” is a lively reminder for people of all beliefs about humanity’s potential for compassion, reconciliation and hope. 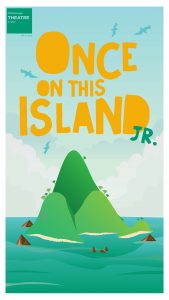 Based on “My Love, My Love” by Rosa Guy

With its poignant story and catchy Caribbean-flavored musical score, “Once on This Island Jr.” is a highly original theatrical adaptation of Hans Christian Andersen’s popular fairy tale, “The Little Mermaid,” and the Tony-nominated Broadway musical. This full-hearted musical tells the story of Ti Moune, a peasant girl who rescues and falls in love with Daniel, a wealthy boy from the other side of her island. When Daniel is returned to his people, the fantastical gods who rule the island guide Ti Moune on a quest that will test the strength of her love against the powerful forces of prejudice, hatred and even death. 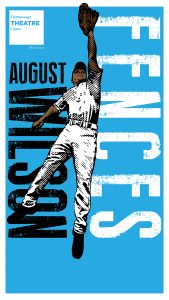 The Theatre Centre has committed to producing an August Wilson play each year for the next decade, and we;re starting with his towering masterpiece “Fences,” winner of the Pulitzer Prize and Tony Award for best play. Set in 1957, it explores what holds families together (and drives them apart) in a powerful story filled with humor, love, hope, failure and triumph. The play follows Troy, a former Negro League baseball star whose prime came before Jackie Robinson broke the color barrier in Major League Baseball. After Troy’s rapid rise ends, he is forced to let go of his dreams and deal with his headstrong athletic son who has a chance to go so much further than he did 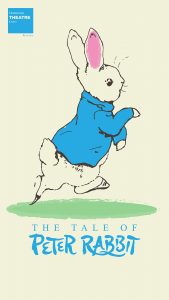 By Lynn Stevens | Adapted from the story by Beatrix Potter

In this enchanting adaptation of the Beatrix Potter story, Peter is famous as the clever and daring rabbit who succeeds in invading mean Farmer McGregor’s cabbage patch, in spite of traps, scarecrows and other dangers. His sisters Flopsy and Mopsy, their friend Squirrel Nutkin and Cawdy the Crow all share his adventures in this endearing dramatization. 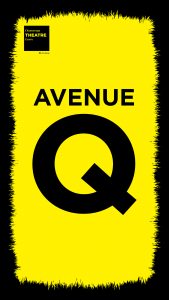 Based on an original concept by Robert Lopez & Jeff Marx

This laugh-out-loud musical tells the timeless story of a recent college graduate named Princeton, who moves into a shabby New York apartment all the way out on Avenue Q. He soon discovers that, although the residents seem nice, it’s clear that this is not your ordinary neighborhood. Together, Princeton and his newfound friends struggle to find jobs, dates and their ever-elusive purpose in life. 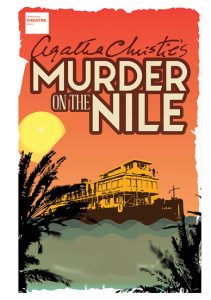 One of the best from acclaimed mystery writer Agatha Christie. Kay Ridgeway has led a charmed life. Blessed with beauty, enormous wealth, and a new husband, she embarks on a honeymoon voyage down the Nile. Fatal circumstances await when the idyllic surroundings are shattered by a shocking and brutal murder. Under scrutiny is a multitude of memorable passengers, all with a reason to kill. The tension and claustrophobia builds, as a shocking and audacious conspiracy is laid bare. 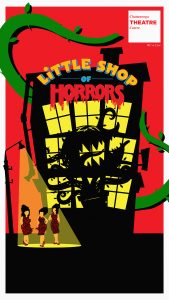 Based on the film by Roger Corman | Screenplay by Charles Griffith

A deviously delicious Broadway and Hollywood sci-fi smash musical, “Little Shop of Horrors” has devoured the hearts of theatre goers for over 30 years. The meek floral assistant Seymour Krelborn stumbles across a new breed of plant he names “Audrey II” after his co-worker crush. This foul-mouthed, R&B-singing carnivore promises unending fame and fortune to the down-and-out Seymour as long as he keeps feeding it blood. Over time, though, Seymour discovers Audrey II’s out-of-this-world origins and intent towards global domination. It’s one of the longest-running Off-Broadway shows and one of the most popular shows in the world.