CTC Excited to Bring Theatre Back to Stage with Fall Series 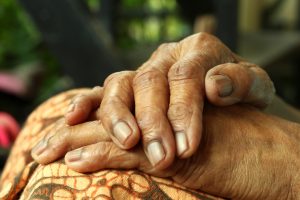 The Chattanooga Theatre Centre is reinventing what the live theatre experience looks like as it moves forward with an abbreviated season of three live productions—two that reflect social issues at the forefront of the national consciousness—coming to its stage this fall.

After closing its doors over five months ago, the CTC announces a lineup of three plays with small casts that can be performed with social distancing on stage for the actors’ safety. And, with a set of rigorous safety protocols in place for audiences—including limiting capacity to 30 percent, the CTC expressed confidence in its ability to provide an enjoyable theatre experience while ensuring the safest possible environment.

“This return to live theatre is what we’ve been looking forward to, but in a new reality where safety is as inherent to the theatre experience as the action on the stage,” says CTC executive director Rodney Van Valkenburg. “Our patrons can be confident in the safety protocols we have put in place so they can focus on what’s important—simply having a good time.”

The theatre’s 2020-2021 season, which was set to open in September, has been postponed to 2021-2022. Unlike that lineup, this new series includes no musicals, as singing puts actors at greater risk of exposure. Instead, the CTC will present three non-musical plays that will mark a return to production for the first time since the theatre shut down in March.

“We feel compelled to tell stories again,” Van Valkenburg says. “Theatre is a path through challenging times, and its absence amplifies the fears that we’re all experiencing. We expect this return to live theatre will be very meaningful to our audiences.”

The series opens with HAVING OUR SAY: THE DELANY SISTERS’ FIRST 100 YEARS, a heartwarming, two-person play by Emily Mann adapted from a bestselling book that reveals the oral history of two African-American civil rights pioneers who were born in the late 19th century. Sometimes amusing, sometimes thought-provoking but always charming, the story of the Delany sisters begins in Reconstruction and progresses through the rise of Jim Crow, two world wars, the triumphs of Black culture during the Harlem Renaissance, the civil and women’s rights movements, up to the present.

“When we contemplated when and how we would reopen our doors, we wanted a story that demanded to be told,” Van Valkenburg says. “HAVING OUR SAY is that story. It’s exceedingly timely given the current national reckoning with how we see race. It’s a guide through this critical moment in American life.”

HAVING OUR SAY opens October 2 and runs through October 18.

Next up is Kenneth Lonergan’s acclaimed Broadway hit LOBBY HERO, a blend of comedy, drama, and romance that follows a luckless young security guard who is drawn into a murder investigation. As his exacting supervisor is called to bear witness against his troubled brother, and a rookie cop finds she must stand up to her seasoned partner, truth becomes elusive and justice proves costly. References to sexism, racism, and police abuse of authority are especially timely.

Finishing off the series is IT’S A WONDERFUL LIFE: A LIVE RADIO PLAY by Joe Landry. Frank Capra’s beloved holiday classic film is adapted for the stage as a 1940’s radio broadcast, with an ensemble cast of five playing a few dozen characters to tell the story of the idealistic George Bailey. It’s a fresh and inventive way of reconnecting with a classic story of love and redemption.

IT’S A WONDERFUL LIFE opens December 4 and runs through December 20.

Van Valkenburg anticipates that the theatre will announce a spring series in November.

To create a safe environment for audiences, the CTC consulted national, state, and local authorities, as well as other theatres across the country. Attendance at performances will be capped at 30 percent capacity in the CTC’s 380-seat mainstage theatre, where restricted seating for only 100 or less will allow the theatre to exceed recommended standards for social distancing. At least three seats—or more than six feet—will be left vacant between parties.

Traffic flow at entrances, exits, and restrooms will be managed to prevent crowding. Required face coverings, temperature checks, touchless ticket transactions, and disinfecting between performances are among other prescribed measures.

“We developed these safeguards to strike a balance between protecting the well-being of our audiences and providing a theatre experience that is enjoyable,” Van Valkenburg says. “These safety protocols are extensive, but we feel that they are not so restrictive that our patrons cannot enjoy a visit to the theatre. In fact, we believe that it is because of these restrictions that patrons will be able to enjoy a visit to the theatre.”

Details on the 22-point safety protocol the CTC will follow can be found at TheatreCentre.com/SafetyCTC.

Due to limited seating, the theatre recommends tickets be purchased early. For safety purposes, tickets must be purchased at last 24 hours before performances as no walk-ups are permitted. For tickets, call the CTC box office at (423) 267-8534 or visit TheatreCentre.com.