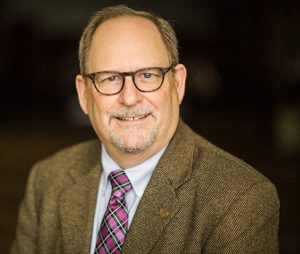 The Chattanooga Theatre Centre is pleased to announce that Rodney Van Valkenburg, who began his career at the community theatre and comes full circle after a successful 19-year tenure at ArtsBuild, will be joining the CTC as its new Executive Director.

A proven arts leader and enthusiastic cheerleader for the local arts community, Van Valkenburg is currently Vice President of ArtsBuild, where he has focused his work on vigorous arts advocacy, expanded arts access, meaningful arts education programming, and the vitality and growth of arts organizations throughout the area.

“The CTC search committee did an extensive nationwide search for our new executive director and found him right here at home in Chattanooga,” Collins said. “We were looking for someone with strong theatre experience, community leadership, and innovative thinking to guide us through these challenging times and the next stage of our growth. Rodney embodies that foundational experience in community theatre, is a proven leader in the arts community, and continues to impress us with his next level ideas around the staff, volunteers, patrons, and programs.”

Van Valkenburg, who will assume his new role August 1, said, “I’m honored to join the Theatre Centre’s dedicated family of volunteers, board members, staff, and audiences. Now, more than ever, we need theatre for us to reflect on and process the world around us as well as champion compelling, relevant, and innovative ways to engage our community. The Chattanooga Theatre Centre is a proven, quality-driven arts organization that is well positioned for growth in its deeply rooted commitment to serving Chattanooga with excellence, relevance, and imagination.”

Van Valkenburg has had similar career journeys at the Theatre Centre and ArtsBuild. With both organizations, he was brought on board to develop education programs and progressed to leadership positions. At ArtsBuild, he has served as Interim President, Director of Grants and Initiatives, and Director of Communications and Arts Education. At the CTC, he served as part of a two-person executive team following 13 years as the theatre’s first full-time youth and education director.

In both tenures, he saw the organizations renovate facilities and rebrand from previous entities as Allied Arts and the Little Theatre, respectively.

Van Valkenburg joined the Little Theatre in 1983 and built the fledgling youth program into a national and international model. He chaperoned a group of young people from the theatre to the International Theatre Camp in Narva, Estonia, in the former Soviet Union, as Artistic Director of the camp. He was also recognized as Youth Theatre Director of the Year by the American Alliance for Theatre and Education.

In 1996, he became the CTC’s Director of Programs and shared leadership duties steering the newly renamed Chattanooga Theatre Centre. He remained in that role until joining ArtsBuild in 2001, where he served as Director of Arts Education through 2009.

In that role, he successfully authored an application to the John F. Kennedy Center’s Partners in Education program, through which more than 100 teachers continue to receive arts integration professional development each year. More recently, he earned ArtsBuild inclusion in the Kennedy Center’s Any Given Child Initiative.

Also at ArtsBuild, he partnered with the Benwood Foundation to develop an Equity in the Arts grant program, secured funding from Usher’s Nancy Lackey Community Education Fund to place artists in schools that do not have visual art teachers, expanded the Holmberg Arts Leadership Institute, coordinated participation in annual state and national Arts Advocacy Days, engaged over 150 community groups to apply for grant funding, and authored and co-authored successful grant proposals to local, state, and national organizations.

Van Valkenburg has been an Advisory Committee member of the Kennedy Center’s Partners in Education Program and a grant panelist for the National Endowment for the Arts and the Tennessee Arts Commission.

He previously served as an executive committee member of the Southeastern Theatre Conference, the largest theatre service organization in the U.S., and is past president and a recipient of the Distinguished Achievement Award from the Tennessee Theatre Association.

He earned his MFA in Child Drama from the University of North Carolina at Greensboro, NC, and a BFA in Theatre from Indiana University in Indiana, PA.

Founded in 1923, the Chattanooga Theatre Centre is one of the oldest, largest, and longest continuously running community theatres in the country. Its mission is to enrich the cultural, intellectual, and emotional development of people of all ages by providing high-quality theatrical experiences and creating opportunities to engage in them.