Please note that the following is subject to change pending COVID-19 developments.

The Sound of Music

This inspirational musical, the final collaboration between Rodgers & Hammerstein, follows an ebullient postulate who serves as governess to the seven children of the imperious Captain Von Trapp, bringing music and joy to the household. But as the forces of Nazism take hold of Austria, Maria and the Von Trapp family must make a life-altering decision. Featuring a trove of cherished songs, including “Climb Ev’ry Mountain,” “My Favorite Things,” “Do Re Mi,” and the title number, This exhilarating musical has won the hearts of audiences worldwide, earning five Tony Awards and five Oscars.

Witches absolutely detest children. To a witch, a child smells like dog droppings. And now the Grand High Witch is planning to get rid of every child in England. Can anybody stop them? A boy and his grandmother aim to. But these witches are nothing like the ones who wear pointed hats and fly on broomsticks. They look very much like ordinary women, which helps their deception. This faithful stage adaptation of Roald Dahl’s classic story continues to delight as one of the spookiest children’s books ever more than 30 years after it was published. 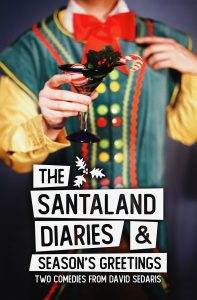 Humorist David Sedaris’ irreverent monologue of a would-be actor slaving as an elf in Macy’s department store is a wry, acerbic riff on the  commercialization of the season. At first the job is simply humiliating, but then another Santa is ushered into the workshop, one who is different from the lecherous and drunken ones with whom he has had to work. This Santa actually seems to care about the children, startling our hero into an uncharacteristic moment of goodwill, just before his employment runs out. Presented with another monologue, “Season’s Greetings,” a funny, touching—and twisted—take on  the season. 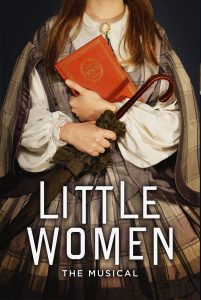 This timeless, captivating story is brought to life in a glorious musical filled with personal discovery, heartache, hope, and everlasting love. Based on Louisa May Alcott’s beloved book, this uplifting stage adaptation follows the adventures of sisters Jo, Meg, Beth and Amy March. Jo is trying to sell her stories for publication, but the publishers are not interested. Her friend, Professor Bhaer, tells her that she has to do better and write more from herself. Begrudgingly taking this advice, Jo weaves the story of herself and her sisters and their experience growing up in Civil War America in this autobiographical nod to Alcott’s own life. 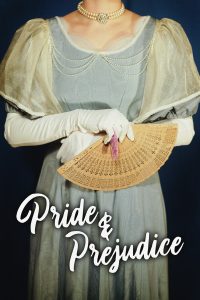 This isn’t your grandmother’s Jane Austen. Bold, surprising, boisterous, and timely, this stage adaptation for a new era explores the absurdities and thrills of finding your perfect—or imperfect—match in life. The outspoken Lizzy Bennet is determined to never marry, despite mounting pressure from society. But can she resist love, especially when that vaguely handsome, mildly amusing, and impossibly aggravating Mr. Darcy keeps popping up at every turn? Because what turns us into greater fools than the high-stakes game of love? Austen’s novel gets a deliciously antic sensibility.

The Color Purple: The Musical

This musical adaptation of Alice Walker’s Pulitzer Prize-winning novel and the popular 1985 Steven Spielberg film follows the journey of Celie, a downtrodden young African-American woman whose personal awakening over the course of 40 years forms the arc of this epic story. With a joyous score featuring jazz, ragtime, gospel, African music, and blues, it’s a story of hope, a testament to the healing power of love, and a celebration of life. Nominated for 11 Tony Awards and winner in 2015 for Best Revival of a Musical. 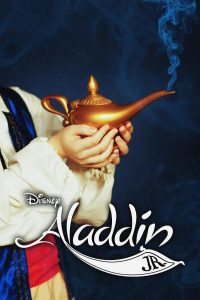 Discover “A Whole New World” with this magically updated musical adaptation of the Academy Award-winning Disney classic and 2014 hit Broadway show. Aladdin, a “diamond in the rough” street rat, and his three friends Babkak, Omar and Kassim are down on their luck until Aladdin discovers a magic lamp and a Genie who has the power to grant three wishes. Wanting to earn the respect of the princess Jasmine, Aladdin embarks on an adventure that will test his will and moral character. In the process, he learns that his true worth lies deep within.

A vanished father. A pill-popping mother. Three sisters harboring shady secrets. When the dysfunctional Weston family unexpectedly reunites after Dad disappears, their Oklahoman family homestead explodes in a maelstrom of repressed truths and unsettling secrets. Mix in Violet, the drugged-up, scathingly acidic matriarch, and you’ve got a story that unflinchingly—and uproariously—exposes the dark side of the Midwestern American family. Tracy Letts’ ferociously entertaining play won the 2008 Pulitzer Prize and Tony Award. 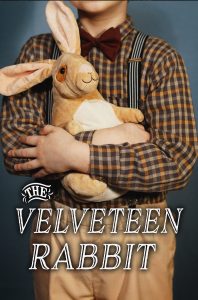 In the world of toys, life begins when humans leave the room. When one group of toys discovers a velveteen rabbit, they learn what it means to be truly loved in this original adaptation of Margery Williams’ timeless tale by CTC Youth Theatre director Scott Dunlap. The rabbit’s quest to become real through the love of a child celebrates the power of love to transform our lives. Join a boy and his rabbit in a world of strange and wonderful magic with talking toys and wild adventures as they come to discover the true meaning of what it is to be real. 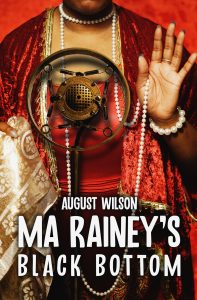 The time is 1927. The place is a run-down recording studio in Chicago. Ma Rainey, the legendary blues singer, is due to arrive with her entourage to cut new sides of old favorites. Waiting for her are her black musician sidemen, the white owner of the record company, and her white manager. What goes down in the session to come is more than music. This work of August Wilson’s American Century Cycle is a riveting portrayal of rage, racism, the self-hate that racism breeds, and racial exploitation. The CTC has committed to produce all 10 plays in Wilson’s cycle over a 10-year period. 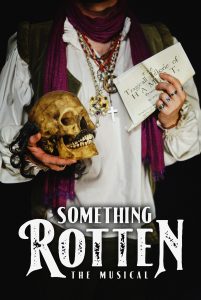 Two brothers set out to write the world’s first musical in this hilarious mash-up of 16th century Shakespeare and 21st century Broadway. Hailed as “the funniest musical comedy in 400 years,” this outrageous, crowd-pleasing musical farce follows Nick and Nigel Bottom, who are desperate to write a hit play but are stuck in the shadow of that Renaissance rock star known as “The Bard.” When a local soothsayer foretells that the future of theatre involves singing, dancing, and acting at the same time, Nick and Nigel set out to write the world’s very first musical. 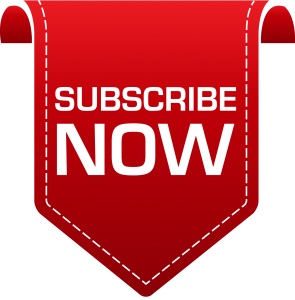